Here at STARCAMP, we are delighted to announce that we will extend our free camp to children in Ireland until January 31st while schools remain closed, and we will do so in collaboration with FOCUS Ireland.

“While we are worried about having to stay at home, they don’t have a home!” Starcamp owner – AideenOGrady 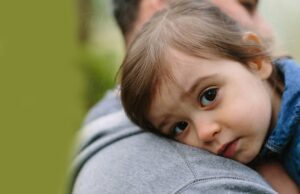 Starcamp had a whirlwind response to the free online camp that they offered to children nationwide this week. Over 200,000 children signed up to avail of the camp (and growing), causing the website to crash. Following the announcement of school closures, and in response to the overwhelming demand that they are experiencing, they will extend the availability of the camp until the end of January and anyone who can and would like to, should make a small donation to Focus Ireland on their behalf.

This decision came on the back of Aideen O’ Grady, owner of Starcamp, being contacted by Focus Ireland, who heard about the availability of the camp from numerous different sources and wanted an extension of free access to the camp so that children we support could engage with it. This instantly struck a chord with Aideen and Paul, husband and wife team behind the camp, who decided in that moment that they would extend the offering until the end of January, not only for the children who are homeless to avail of it, but for every child to. And furthermore, anyone who wants to, can donate what they can to Focus Ireland.

Focus Ireland, the national housing and homelessness charity, supports around 4,000 children who are homeless or at risk across its services every year.

Ironically, The Starcamp team were contacted by hundreds of parents who availed of the incredibly positive, uplifting and vibrant camp which kick started 2021 on a high for many children, who wanted to make a donation to cover expenses to show their gratitude. Rather than taking any donations, Aideen and Paul wanted to pay it forward “Teaming up with Focus Ireland at this moment in time just feels right. With the pandemic causing job losses, business closures and a probable recession, apparently these are the classic circumstances for rise in homelessness, something we as a nation should try to prevent at all costs. We totally understand that so many people are under financial pressure right now, this is for not for you, this is for those lucky enough to have an extra €2 to spare and wanted to give something. There are thousands of children homeless in Ireland right now and we just find this completely heart-breaking. We are worried about having to stay at home, they don’t have a home!”

Niamh Lambe Project Leader with the Family Homeless Action Team in Focus Ireland said –   “This is so generous of Starcamp and much needed respite for all children but especially homeless children who are further marginalised by the Covid crises. Every day Focus Ireland move families out of homelessness.  We believe it is crucial to support families’ emotional needs while they are living with the uncertainty of homelessness. It has been heartwarming to hear the feedback from parents and children of how this camp has given families we support an escape from the reality of lockdown while homeless”.

The online camp can now be downloaded at any time and runs over 5 days. It offers children 90 minutes of magic, games, performance, science, baking, jokes and much more each day.

It was released on Monday, free of charge to every child in Ireland, as a gesture of goodwill and in the spirit of encouraging children to have fun and stay healthy, mentally and physically over this new and hopefully final lockdown. “Simply to give back to the world in a time of need”, Aideen O’ Grady, STARCAMP’s owner has stated.

Last Friday, word got out about what is being described as an “extremely generous” and “heroic” offering from Starcamp in a week where children were due back to school. It instantly went viral as it spread through Facebook, instagram, parents whatsapp groups and school websites with everyone from Pippa O Connor and Todays FM’s Alison Curtis and Dave Moore rowing in behind it, to school principals and teachers, child psychologists and GP’s. However, the most grateful are the parents who will be able to offer their children a daily outlet filled with positivity and happiness for the week ahead – and of course the children themselves.

The intention was to sell the experience to children for the mid – term in February, but the STARCAMP owners felt that every child in Ireland deserves a positive, happy, feel good kick start to a brand new year… And every parent deserves to get something for FREE after the year they’ve had! (They’ve also earned some quiet time!).

Having cost thousands to create, produce and record, the Starcamp team spent weeks writing, making, and editing these 5 x 90 minute programs for children.

Contributors include Keith Barry (showing us magic tricks) and the incredibly popular and well loved Don Conroy (giving drawing lessons) along with lots of the usual STARCAMP team who a lot of children will know from the summer and Easter camps!

The Online Camp (which can be watched over 5 days or all at once) can be availed of by signing up to it on their website NOW at www.starcamp.ie Please go to the page “Virtual Camp – Jan 21” at the top of the page and filling in your details. It will now be available to all children until January 31st.

We use cookies on our website to give you the most relevant experience by remembering your preferences and repeat visits. By clicking “Accept”, you consent to the use of ALL the cookies.
Cookie settingsACCEPT
Manage consent

This website uses cookies to improve your experience while you navigate through the website. Out of these, the cookies that are categorized as necessary are stored on your browser as they are essential for the working of basic functionalities of the website. We also use third-party cookies that help us analyze and understand how you use this website. These cookies will be stored in your browser only with your consent. You also have the option to opt-out of these cookies. But opting out of some of these cookies may affect your browsing experience.
Necessary Always Enabled
Necessary cookies are absolutely essential for the website to function properly. This category only includes cookies that ensures basic functionalities and security features of the website. These cookies do not store any personal information.
Non-necessary
Any cookies that may not be particularly necessary for the website to function and is used specifically to collect user personal data via analytics, ads, other embedded contents are termed as non-necessary cookies. It is mandatory to procure user consent prior to running these cookies on your website.
SAVE & ACCEPT